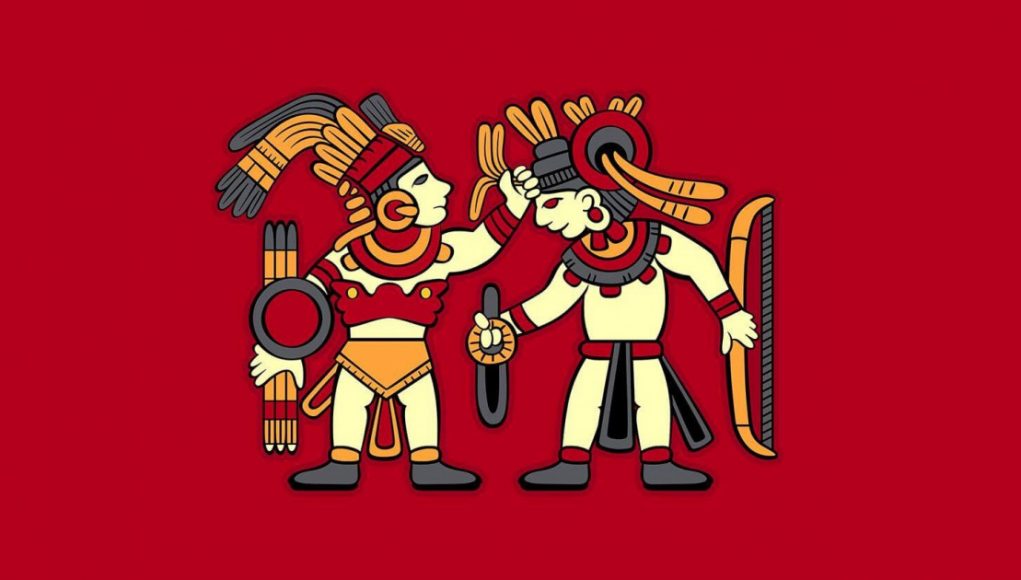 The ancient Mesoamerican cultures were polytheistic societies, that is, they believed in various gods as did the Nordics and the Romans.

Who were the Aztecs?

The mythology of the Aztecs was characterized by giving an important role to the Sun. and also for performing rituals in which human sacrifices were almost never lacking to quench the bloodlust of their gods.

Perhaps that is why the gods of this civilization were the source of inspiration to create many of the deities in science fiction books and films.

Another relevant fact is that, possibly due to the fact that the Mexica Empire collapsed quickly after the arrival of the Europeans to their lands, the mythology of this people is not known in depth, enveloped in a halo of mystery that has always called much interest in knowing more.

The most important Aztec gods

Let’s learn a little bit of the rich mexica mythology and the family and etymological origin of the gods of this pre-Columbian Mexican culture.

This god was known as the Father of the Aztecs. and was his main employer.

He was the son of the goddess Coatlicue and the god Tonatiuh. At birth, his family did not support him, but he used a fire serpent as a weapon and became the ruler of the Sun.

According to legend, when the Aztecs left their mystical home, Aztatlán, the god Huitzilopochtli told him where they should go to find a safe place to settle and found their capital, Tenochtitlan.

It is represented at the top of the pyramid of the Tenochtitlan Great Temple, with its own altar decorated with bloody red painted skulls.

Tlaloc is the god of rains and stormsand experts in Mesoamerican cultures maintain that it is possibly one of the oldest deities in the region.

It was associated with fertility and good agricultural production and, in fact, it was called “the one who made things sprout” and also “the nectar of the earth”. But he was also credited with earthquakes and lightning.

It shares a site with the god Huitzilopochtli in the main temple of ancient Tenochtitlan, with blue-colored motifs representing water on its altar.

Although their powers allow plant life to be given and farmers to continue to subsist, the ceremonies in their honor were not exactly a cause for joy.

According to Aztec beliefs, the tears of newborn babies were sacred and satisfied the god Tlaloc. Therefore, in ceremonies to this god babies were sacrificed and usually performed at the beginning of the year.

Tonatiuh, or Tonatiuhtéotl, was the god of the Sun, leader of the sky. and he was in charge of warming his people with his power. He was also the patron saint of the warriors, and he sought health and vigor for all those in charge of defending the Aztec people.

As with other Aztec gods, Tonatiuh demanded sacrifices in order to be satiated and it was thought that through them it would be guaranteed that the Sun would follow its usual course. Tonatiuh used to be represented with yellow and orange colors, emulating the star king.

He was the god of earth and sky, the origin of power and happiness, master of battles and represented the unknown, the dark and providence.

He used an obsidian mirror that allowed him to know the actions and thoughts of all human beings.

His name means “smoking mirror” because through this instrument he released smoke with which he could defend himself and kill his enemies.

It is considered the first sun, which lasted 676 years.

This goddess had power over flowing waters and all freshwater clusters.. Her name means “the one on the jade skirt.” She was the goddess of births.
In the temples it is represented with a skirt of blue and greenish colors that represent a waterfall.

Corn was a fundamental food for the Mesoamerican cultures, for that reason it may not seem surprising that the Aztecs had their own god for this vegetable..

He was depicted as a young man and woman holding a corn cob on their head.

It’s probably the best-known Aztec god.. This god, called the feathered snake. In fact, his degree of importance is such that there are those who consider him the main god of the Aztec pantheon.

He was the god of life, light, wisdom, fertility, winds, knowledge and learning, as well as being the patron of creativity. He was also considered the ruler of the west and patron of the day.

According to the Aztec pantheon, Quetzalcoatl was the son of Tonacatecuhtli (man) and Tonacacihuatl (woman) and when he was born he was white, with blond hair and blue eyes.

According to Mesoamerican mythology, it was the second sun to illuminate the skies and lasted 676 years.

As with Tlaloc, Xipe Totec was venerated for agricultural fertilityas well as being the god of the East and of the gold mines.

Also in Wellnessbeam |  Avicenna (Ibn Sina): biography of the famous doctor and philosopher

His representation is quite striking: in the drawings in which this god is shown, he is seen wearing skinned human skin, which represents the death of old and dying plants and the growth of new shoots.

She was the goddess of the agave plant, fertility and nutrition..

Her blood was thought to be made of pulque (an alcoholic beverage made with agave) and she was depicted as a woman endowed with 400 breasts with which she fed her 400 rabbits, called Centzon Totochtin.

Its name in Nahuatl means “the one who gives and devours life”.. He was the god of the earth and, of course, he needed numerous human sacrifices in order to subsist according to Aztec beliefs.

This god represents the surface of the earth and it was believed that the Sun was voraciously eaten each night to be returned the next morning. It was represented in the form of a sea monster.

He is the god who protected the merchants and merchants. To have his blessings, those who could afford it offered him slaves.

An interesting element at the time of being represented is its prominent nose, which was used as an indicator of where one should go.

She was the goddess of the Moon and was one of the most respected deities. in the Aztec pantheon.

This goddess controlled the waters by the action of her snakes, causing storms and floods, but she also offered happiness and good luck. Besides, it was the representation of motherly love.

The Aztec calendar followed the lunar phases, which is why Metzli acquired great importance in orienting itself with regard to the seasons of the year and months.

He was the husband of the goddess of death.being also god of death and of the underworld. He was considered the deity of shadows.

It was the lord who ruled Mictlán, a place inhabited by the souls of the deceased, whose darkness and tranquility were in a place where no one wanted to stop.

It represented the fun, the dancesthe celebration and the game. He was the patron saint of Aztec festivities.
He was also the god of healing and medicine, and those who were badly wounded were taken to his temple.

She also took care of the children, especially those who were born with some kind of disability.

It’s not really a god, it’s a set of them. They represent vices, depravity, worldly and earthly pleasure..

Try a cryosauna after training and discover its advantages 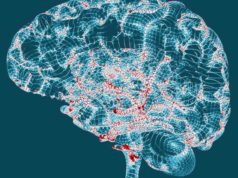 Exercise would be helpful in fighting Alzheimer’s disease – researchers report 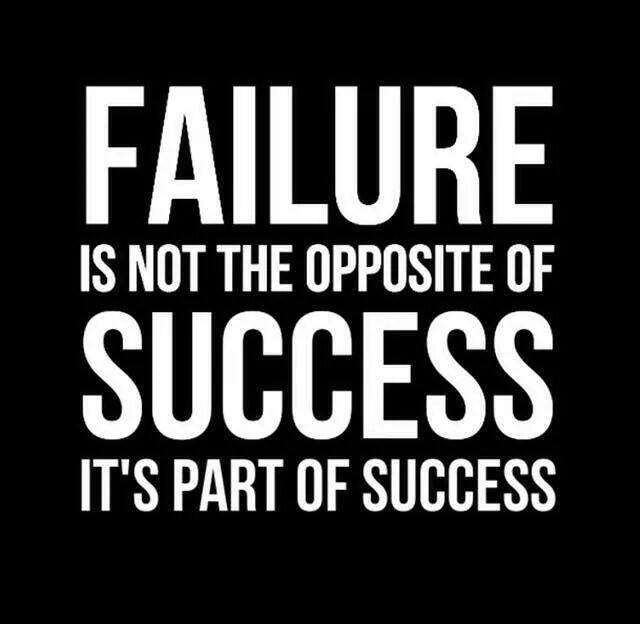 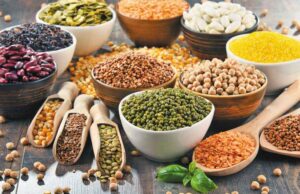 How many calories do legumes provide? 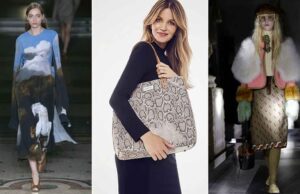 A Guide for Women

What are the luxury brands left behind furs and what is... 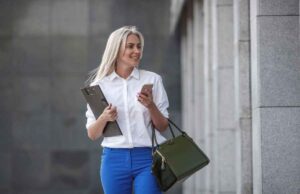 A Guide for Women

Tips for wearing handbags and not mismatching your outfit

The Diencephalon: Structure and Function of this Brain Region

The 6 differences between atopic and seborrheic dermatitis

The 9 differences between Multiple Sclerosis and ALS

Wellnessbeam, New Mexico, US.© 2019-2020 All rights reserved. WB is the registered trade mark of Homepro Systems LLC. Any medical information published on this website is not intended as a substitute for informed medical advice and you should not take any action before consulting with a healthcare professional.
Contact us: info@wellnessbeam.org
© HomePRO LLC © Privacy Policy